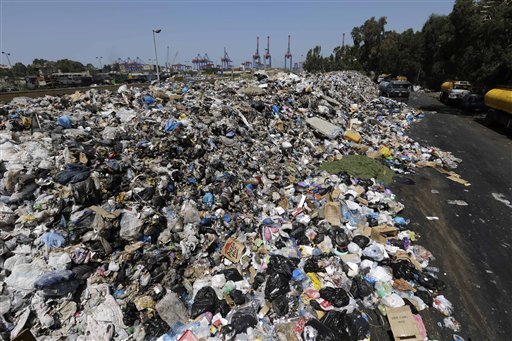 The government of Lebanon’s proposed recent solid waste management plan aimed to end the 4-month crisis in the country has not yet seen the light because of the failure to secure disposal sites. Akram Chehayeb, the Minister of Agriculture who proposed the plan, claimed that sharp political differences are the main cause of this failure, insinuating that disagreements over profit sharing were the real reason behind them. END_OF_DOCUMENT_TOKEN_TO_BE_REPLACED

Almost four months have passed since the start of the waste crisis in Lebanon, and two months since the government approved waste management plan, and Beirut and Mount Lebanon’s trash still has no acceptable destination. Trash has accumulated in different parts of the capital and during heavy rainfall two weeks ago, trash floated down the streets in some areas of Beirut. Over the weekend, residents of Eastern Beirut have been complaining of a fly infestation in their area. END_OF_DOCUMENT_TOKEN_TO_BE_REPLACED